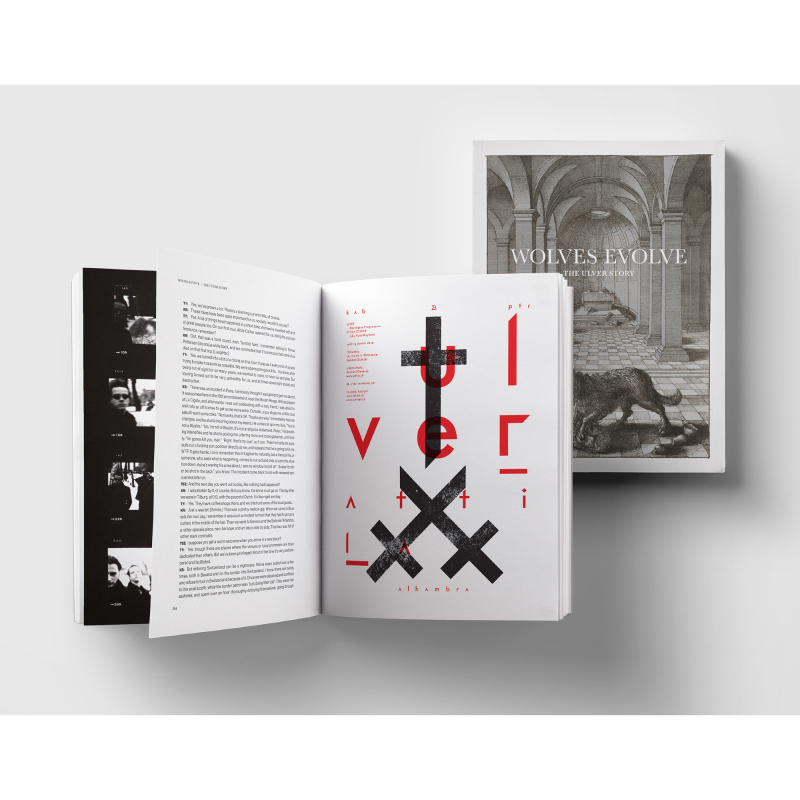 As this silent spring comes to an end, it’s time to reveal more of what the fabled Oslo band has buried from view. Along with Flowers of Evil comes Wolves Evolve: The Ulver Story, a 336-page book, reflecting on over 25 years of Ulver history. Always fond of lavish packages, this book of wolves is the latest addition to their sacred grove. From the band’s brief preface:

We’ve been talking about making a book – the Ulver story – for years. First for our 15th anniversary, then for our 20th anniversary, and now, after well over a quarter of a century, the time has come. We’ve been riding this beast for the greater part of our lives, and the future is not what it used to be.

The book includes 150 pages of conversation with the band, conducted and framed by the undersigned, alongside textual detours by Phil Alexander, Nile Bowie and Torolf Kroglund, and a wealth of photographs from the private archives of the band and others.

The conversations began among the spring blossoms of two years ago, with the recollection of their first downtown Oslo rehearsal space, back in 1993, in the midst of a new home-grown scene – small, fertile and hell-bent on pushing boundaries. Wolves Evolve follows Ulver through the dark woods of their infancy and into the dead city centres where they would shift between their many shapes to come: apostates and phantoms, thieves and mourners, chameleons and dogs. They discuss their reclusive studio existence, and the enlarged pack’s venture out into the open air as a live band. Fittingly, the conversations ended this January, in their studio, just a few hundred metres from where it all began, 27 years earlier.

“We go to the ruins to understand”, says Jørn H. Sværen, and Wolves Evolve is indeed a labyrinthine tale of musical evolution on a grand scale. Some may be confused. Others will follow the band through their pantheon of friends and associates, obsessions and affinities. And while there, they will get a glimpse of the shapes and mis-shapes that have made up the alternative cultures of the past three decades, rescued from the iniquity of oblivion.